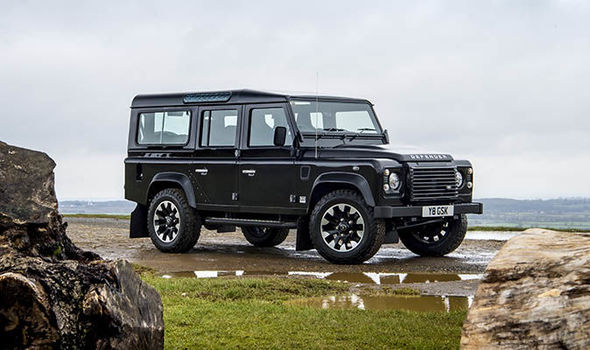 So what on earth, you might rightly ask, is this ‘new’ Defender Works V8 suddenly doing in showrooms?

The answers are both simple and complicated. The simple one is that the Midlands firm wanted to introduce a high-performance version of the Defender in limited numbers (just 150 of these Works V8s will be built) both to celebrate Land Rover’s 70th anniversary but also to pay homage to past petrol V8-powered Defenders in all their guises.

The other answer, as mentioned, is rather more complex. With a new Defender unlikely to be in showrooms until at least 2020, Land Rover can’t afford to lose any of its potential customer base.

That’s especially so with all of the aftermarket tuning companies still doing such a good trade in the original Defender.

And so we have this Defender Works V8. Available in both three-door short-wheelbase and five-door long-wheelbase forms (the latter adding a further ten grand to the price tag), at least the Works V8 looks the part with its 18in alloy wheels (the largest ever seen on a Defender), black roof, front grille and wheel arches/ machined aluminium door handles and LED headlights. Then again, at that price tag you half expect the seat belts to be made of gold… 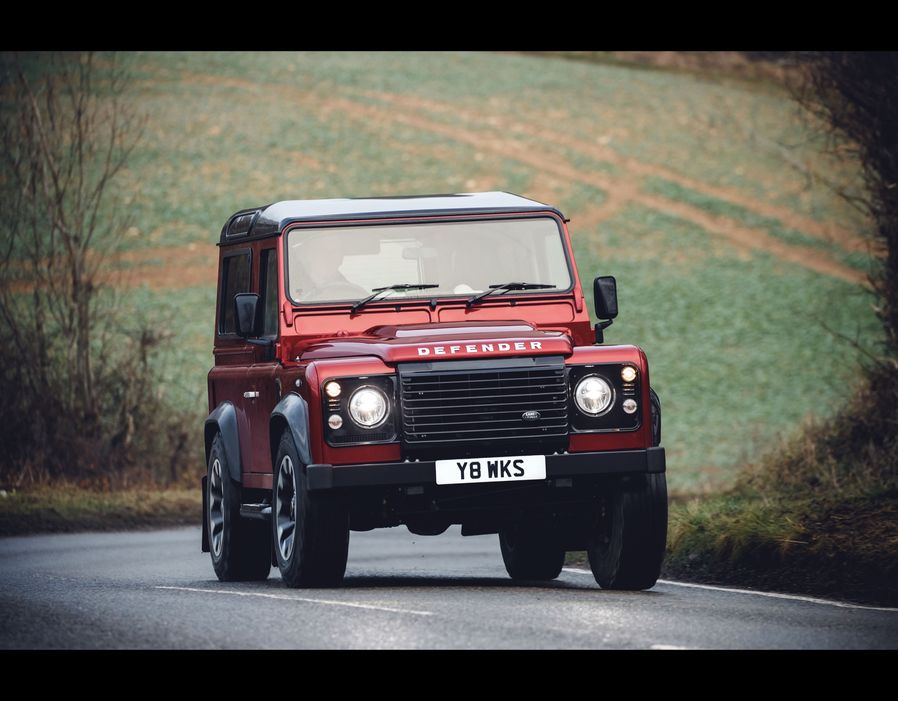 Much of that price goes under the bonnet of course, where there’s an eye-watering 5.0-litre V8 petrol engine at the beck and call of the driver’s right foot. And if its 405bhp wasn’t scary enough in a car of this type, just remember that the outgoing diesel Defender produced just 122bhp.

All that’s enough to get it from 0 to 60mph in just 5.6 seconds and onto a 106mph top speed. That’s the kind of performance to embarrass many sports cars, albeit connected to some of the Defender’s underpinnings that are about as modern as an oil lamp.

Yes, Land Rover has uprated much under the skin of this Works V8 and fitted new steering and suspension, but the last time some of this technology was seen, Noah was getting busy with a hammer, some nails and lengths of two by four.

This is a car to buy with your heart rather than your head, a car with which you need to leave any cold, hard logic at the showroom door.

And that becomes clear from the moment you turn the key and are met with a fantastic V8 whoosh of those 400-plus horses awakening ahead of you. Many of the previous Defender idiosyncracies are still here of course, the cramped and oddly laid-out cabin and the turning circle akin to the Queen Mary to name but two, but those drift into the background when the road ahead becomes clear and you flex your right ankle for the first time. 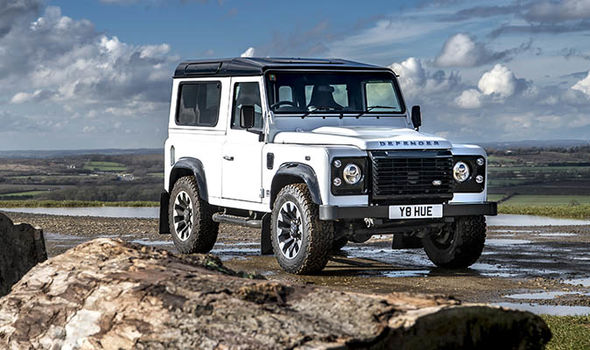 It is powered by a 5.0-litre V8 petrol engine

Whether you’ve driven a Defender before or not, it won’t surprise you to hear that the performance could be measured on a sundial, which makes this V8 so giggle-inducing.

The roar of that engine along with a mass of induction noise sees the Defender leap after the horizon in a manner that has you first puzzled, then bemused and quickly afterwards, a-mused.

Not unlike anyone’s first experience of an electric car, this Works V8 jumbles your senses and expectations of just how a Defender should feel and what it should drive like on the road.

And the constant theme throughout is the fact that you can’t help but grin throughout the entire experience. It is, quite simply, an absolute hoot.

What it absolutely [start itals] isn’t [end itals] mind you, despite that aforementioned performance, is a sports car. Yes, it’s very fast in a straight line and, yes it handles better than any Defender we’ve ever driven, but this is still a Defender. Land Rover’s engineers might be very clever, but even they can’t defy the laws of physics.

In short, that means, while there’s little body roll and the ride quality is a vast improvement, this is still just a very powerful engine in a Defender. The suspension is superb and it handles far better than any Defender has a right to, but the steering, again while a huge improvement, is still vague. 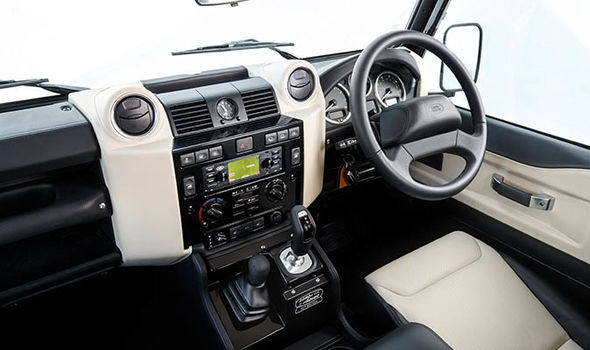 The rugged and simple interior of the new Defender

The irony is that you do get used to it though and end up driving it with a lot more verve and enthusiasm than you might at first expect. In fact it’s probably best to focus on that rather than the eye-watering 18.6mpg average fuel economy or the 352g/km emissions.

The same goes for the Defender’s interior. While there are plenty of updates and creature comforts  – most notably with milled-aluminium door handles and sporty Recaro seats, plus air conditioning, a heated front windscreen and heated seats – there are notably exceptions too.

There’s still an old style key and steering column stalks plus no airbags and if you want to adjust the door mirrors, you open the window and push them.

Ultimately though, for all of those dated elements, the chances are that you will either love or hate this car. Nobody is saying it’s perfect, but then none of its buyers will expect it to be.

It’s hard to argue with the facts though, and the biggest one is that while Land Rover isn’t saying so officially, the vast majority of these 150 Works V8s are already spoken for – even with that six figure price tag for what is, technically, a conversion. If you hunt around, you might be able to find a Land Rover dealer who still has availability, but it won’t be easy.

The previous 50th anniversary version of the Defender has rapidly become a collector’s item and there’s no doubt that this one probably will too. And with a new Defender not due until at least 2020 when deliveries of the last of these Works V8s are likely to last until, there’s little doubt that you’re looking at a future classic. 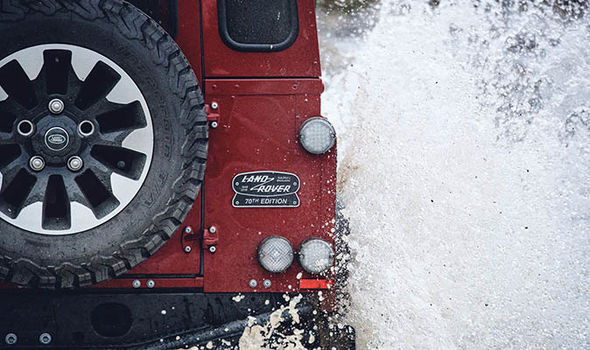 The special edition model marks the 70th anniversary of the Defender